Tom Norrey, Account Manager at Planet eStream recently spent 2.5 weeks in Thailand, visiting schools to demonstrate Planet eStream and to exhibit at the annual FOBISIA Heads’ and Senior Leaders’ Annual Conference. Throughout his trip, Tom visited schools in Bangkok, Chiag Mai, Phuket, and Singapore. He kept us updated on his demonstrations, the FOBISIA conference and his experiences of Thailand.

Over the next couple of weeks or so I will be travelling around Thailand to demonstrate Planet eStream to several international schools, who think that we can help them better manage their media. I will also be attending the annual FOBISIA Head and Senior Leaders Conference between the 4th and 6th of November, where I’m hoping to catch up with some familiar faces from last years' event.

The first leg of my small tour of Thailand commenced on Sunday in Bangkok, when I checked into my hotel in Sukhumvit. The area is constantly busy with taxis, tuk-tuks, motorbikes and a thousand people selling a thousand different things. I'm told that the weather is relatively mild at the moment - it was around 34 centigrade today, with high humidity, so I've no idea what it gets like on a really hot day.

Yesterday (Monday) I visited Harrow International School in Bangkok to demonstrate Planet eStream to them. It is a really lovely school, on a huge site, about a 40 minute taxi ride out of the city. They were particularly interested in the Live Streaming functionality for their sports events, and their marketing department could see the potential for embedding video and photo content and digital signage. Traffic here is absolutely crazy so I guess it's about 40 minutes on a good day. I dread to think what it is like at rush hour. 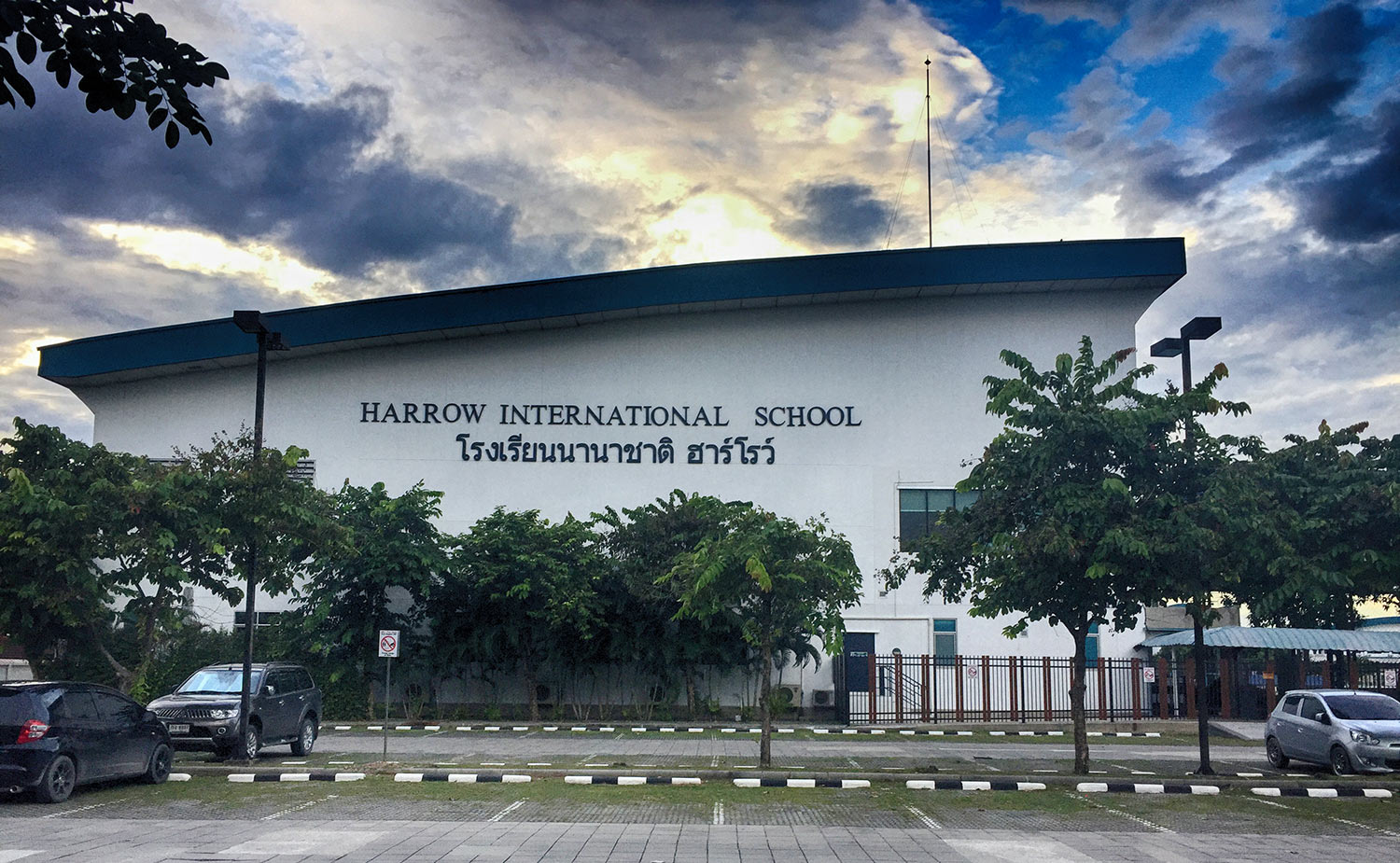 I hope that there will be much more tell as the weeks pass. Stay tuned!

Berkeley was slightly out of the city and again the traffic was manic. I don't think that there is such a thing as rush hour here, the traffic just seems to get steadily worse throughout the day. Having giving myself bags of time to arrive, I was really early so sat in a really grand reception area. There was a lovely, welcome, refreshing breeze blowing through so I am glad that I had time to spare. Berkeley is a really impressive building (as you can probably tell from the photos) and the school teachers an American curriculum having been established in 2010. Currently, the school subscribes to various different services that each offer small aspects of what Planet eStream can provide in just one solution. The school utilises different systems for Lesson Observation, Video-On-Demand, Interactive Quizzes and some live streaming. The ability to use one platform to deliver all of this content was seen as a huge benefit. 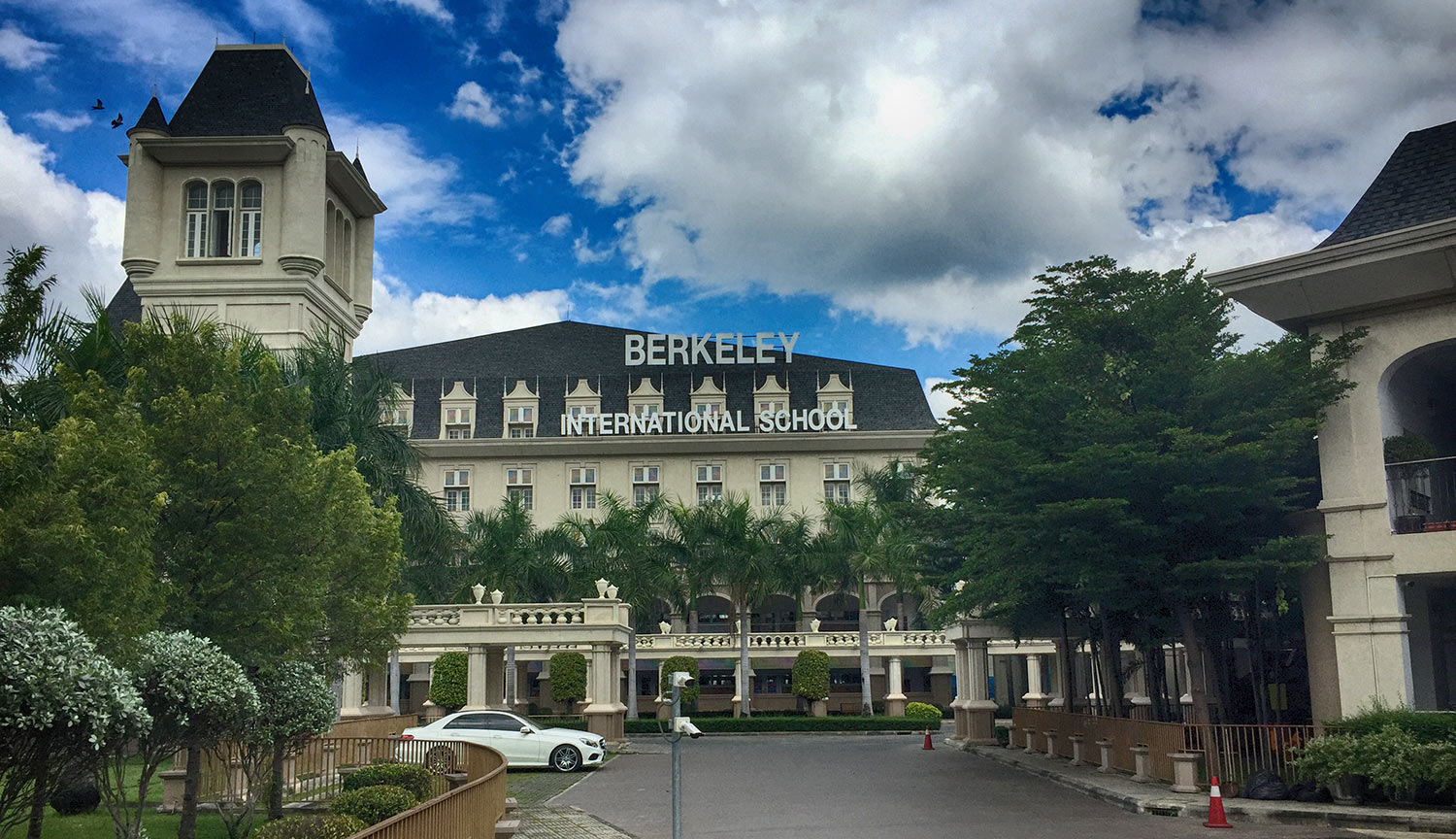 NIST is one of the most well established and central schools in Bangkok, located on Sukhumvit 15. The school teaches the IB curriculum. For a while they have been looking for an 'In house YouTube' style system, which can help them to replace video content, which is currently served up by a shared drive. As we often hear this is inefficient, with lots of duplication, significant network overhead and large file sizes. There has also been an ongoing project to implement a 40 screen wide digital signage solution, but many of the previously demonstrated products have had a focus outside of education, making them difficult, timely and costly to implement and use.

At both schools the way that Planet eStream can be used to amalgamate aspects of many standalone systems into one easy to use, educational product was seen to offer huge benefits over the current systems in place.

I head to the FOBISIA Conference on Friday so will be sure to post updates as the weekend progresses.

I have had a reasonably quiet day today. The weather was actually a little cooler and slightly overcast. With this is mind I decided to have a bit of a walk with no real final destination in mind. I have mostly stayed in the vicinity of the hotel, in Sukhumvit. Wikipedia tells me it spans from its start in Bangkok to the border of Cambodia, over 300 miles away. With traffic like this, that journey must take weeks.

This evening, I decided to head out for some food and take a walk around one of the local street markets. It sold a vast selection of dubious looking designer goods, as well as souvenirs, local food and fruit. The street was very busy, mostly with bargain hunting tourists, however, there were plenty of quieter alley ways which were home to some more upmarket looking restaurants. I decided to keep my money in my pocket for tonight and moved on to dinner. I opted for the Thai delicacy of Pizza. It was lovely.

I move on from this hotel tomorrow for the FOBISIA Conference, which is hosted in a different hotel about 15 minutes away. I will update you all then.

Over the weekend I attended the annual FOBISIA Heads’ and Senior Leaders’ conference at the Intercontinental Hotel, Bangkok. It was an event that I attended last year and was looking forward to seeing some familiar faces and also chatting to some new people.

The conference has delegates from many of Asia's leading British International Schools including those from Harrow and Dulwich Schools.

The conference was formally underway on Friday evening, when there was conference sign up followed by welcome drinks and food. It was a good opportunity to have a chat with both the delegates and also other exhibitors, of whom there were about 40. 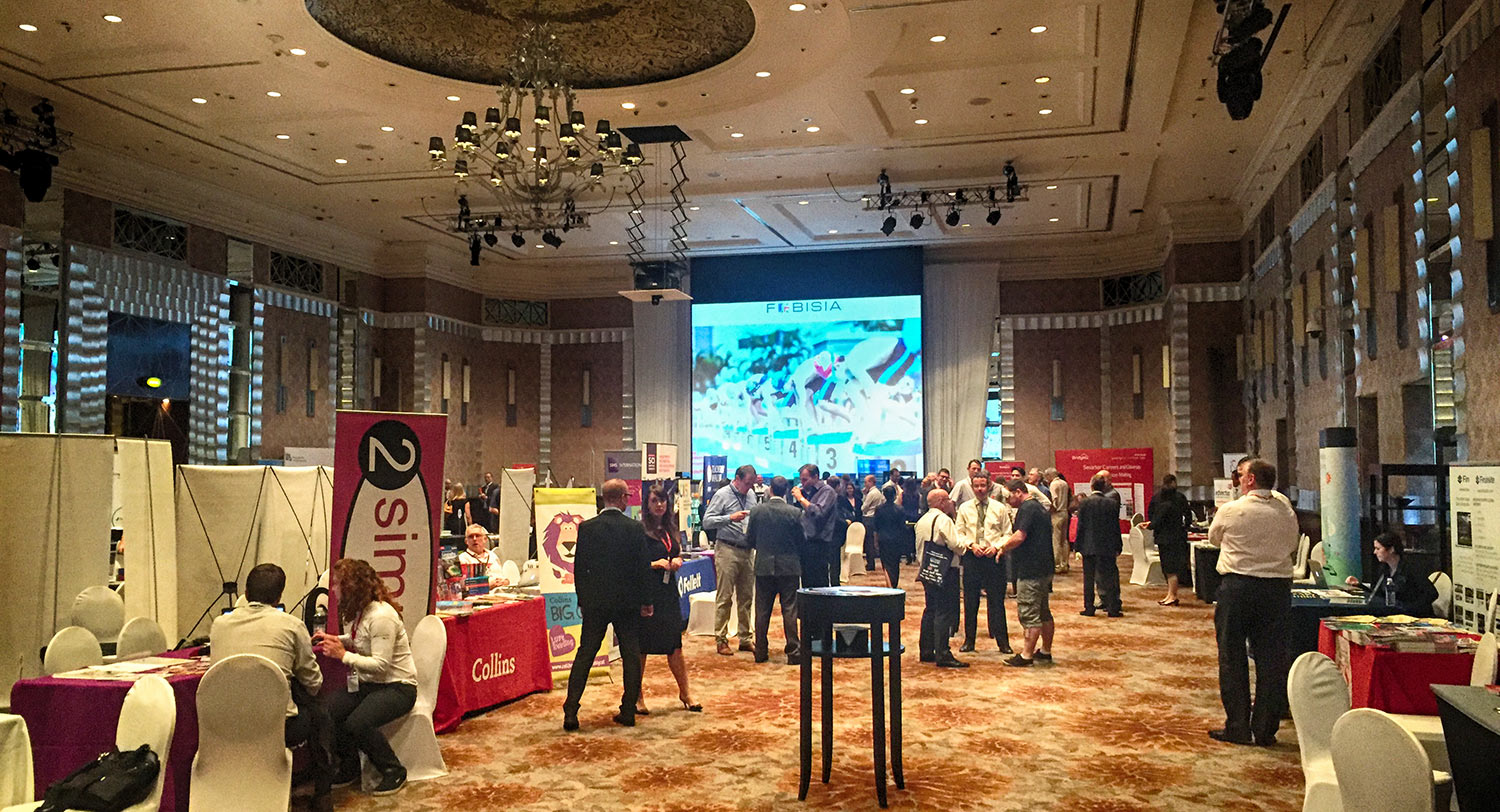 Day 1 properly commenced at 7am on Saturday for exhibitors, when set-up commenced in the hotel ballroom. The first opportunity of the day to speak to delegates was on the first coffee break of the day at 9.30. The rest of the day was interspersed with a variety of sessions for the delegates and a further 3 chances for them to visit the stand and see for themselves what Planet eStream can do.

After a couple of hours downtime we were picked up by bus to travel to dinner, which was a delicious Thai banquet on the Chaoapraya Princess, a boat cruise, which took us down the river past skyscrapers and temples.

The next day was in the same style as the previous, and has exhibitors had been required to pack up the previous night for a wedding in the Ballroom, we arrived bright and breezy to set up and await coffee break number one. During the various training sessions for delegates it was a good opportunity to have a chat with other exhibitors and see what they are offering.

Dinner that night was Indian at Indus restaurant, which again was lovely and a great way to finish the conference. Some of us then headed down to Soi Sukhumvit 11 to watch the football and enjoy a couple of beers!

I had a nice quiet day on Monday, when I managed to see a few sights and prepare for this week.

Yesterday, I had a 9am flight up to Chiang Mai, in the north of the country. This meant a pre 6am to get a taxi to the airport and ensuring that the traffic wasn't too bad. Chiang Mai is very different to Bangkok, with a much more relaxed way about it and a lot less hectic. It is a mountainous region, famous for its jungle trekking and elephants.

I went to visit Prem Tinsulanonda International School, which is about 25km north of the city and right in the sticks- so much so that my taxi driver didn't have a clue where to go, but we worked it out between us with the power of smartphones.

PTIS were particularly interested in developing learning technologies and saw great potential to use Planet eStream to help support this. They are largely a Google school and loved the idea of being able to embed interactive video content into Google Classroom and also use digital signage to make an impact.

Today I revisited NIST International School, who are very keen on both the Video-On-Demand and Digital Signage. I saw the marketing team there today who loved the signage solution and it was seen as a much better option to other solutions due to user-friendly interface and editor options.

Tomorrow, I fly to Phuket, so will keep you updated with how things go there.

Last Thursday I flew to Phuket for two scheduled demonstrations before a bit of relaxation over the weekend.

Phuket is a typically touristy area but it is really beautiful. I stayed on Patong beach, which was about an hours’ drive from the airport. It was a relief to get out of the constant hustle and bustle of Bangkok and into a bit more of a relaxed environment. There was also a nice breeze and it was far less muggy, meaning that it was actually really pleasant to be outside in the sun.

On Friday morning I travelled to the first of my appointments at British International School Phuket. It is a well-established international school, set on a large site. Their key area of interest was digital signage, which has been something that they have been looking into for a while to power screens both around the school and also a large outdoor screen for sporting events. They also saw great merit in the rest of the system, as currently video is taking up a lot of space on a shared drive.

After my appointment at BIS Phuket, I travelled over to United World College Thailand, previously Phuket International Academy. This was more of an introductory meeting to Planet eStream to demonstrate all of the features and see whether we could help them out with any problems that they were having with regards to media at the school. As a result of the meeting there was a real appetite for a solution to allow video to be easily stored and shared and also to live stream, as this had been attempted before with limited success.

I spent the rest of the weekend having a very relaxed time at the beach or by the pool. It was nice to wind down for a couple of days.

On Sunday evening I flew over to Singapore, which although very close to Thailand has a very different feel.

I had an appointment on Monday morning with Tanglin Trust School, who adopted Planet eStream last year. It was great to see how well they were getting on and that they had expanded Planet eSign into their new build. It was also a great opportunity to demonstrate all of our new features and discuss ways that Planet eStream could be deeper embedded within the school ethos.

Overall it was a really great trip and Planet eStream was a massive hit with everyone who saw it.