To be honest, the merest whiff of an educational product usually sends me running for the hills. But Planet eStream, and now Planet eStream’s Connect service, is something lightyears beyond the usual, well-intentioned but clumsy and restrictive educational offerings. It’s incredible.

Connect gives teachers the ability to search the BBC Digital Archive, unlocking content of the first order and, having caught the merest whiff of what it might do, we signed-up for the Beta.

Generalities won’t cut it here. You need specific examples to get a sense of the quality and the staggering range of the resources which can be brought to bear in the classroom. I’m an English teacher by trade and my Year 13s will soon sit an A level examination on the poetry of William Blake – the trouble with traditional literary criticism is that it’s just not aimed at A level students. In fact, having studied – and loved – Blake at university, I had been left feeling that much of the available material was really for postgraduates. However, following a quick search on Connect, my students were soon listening to Jenny Uglow’s ‘The Poet of Albion’, first broadcast on Radio 4 in November 2007. It’s an incredible programme: Tom Paulin weighs in with a series of brilliant insights into ‘The Tyger’. Who knew that, back in the 1790s, at the height of the Terror in post-revolutionary France, The Times regularly described the mob as ‘tigers’. Without Connect, finding Radio 4 programming from 2007 would be no mean feat. However, typing ‘William Blake’ gives you everything – even smaller segments within programmes. 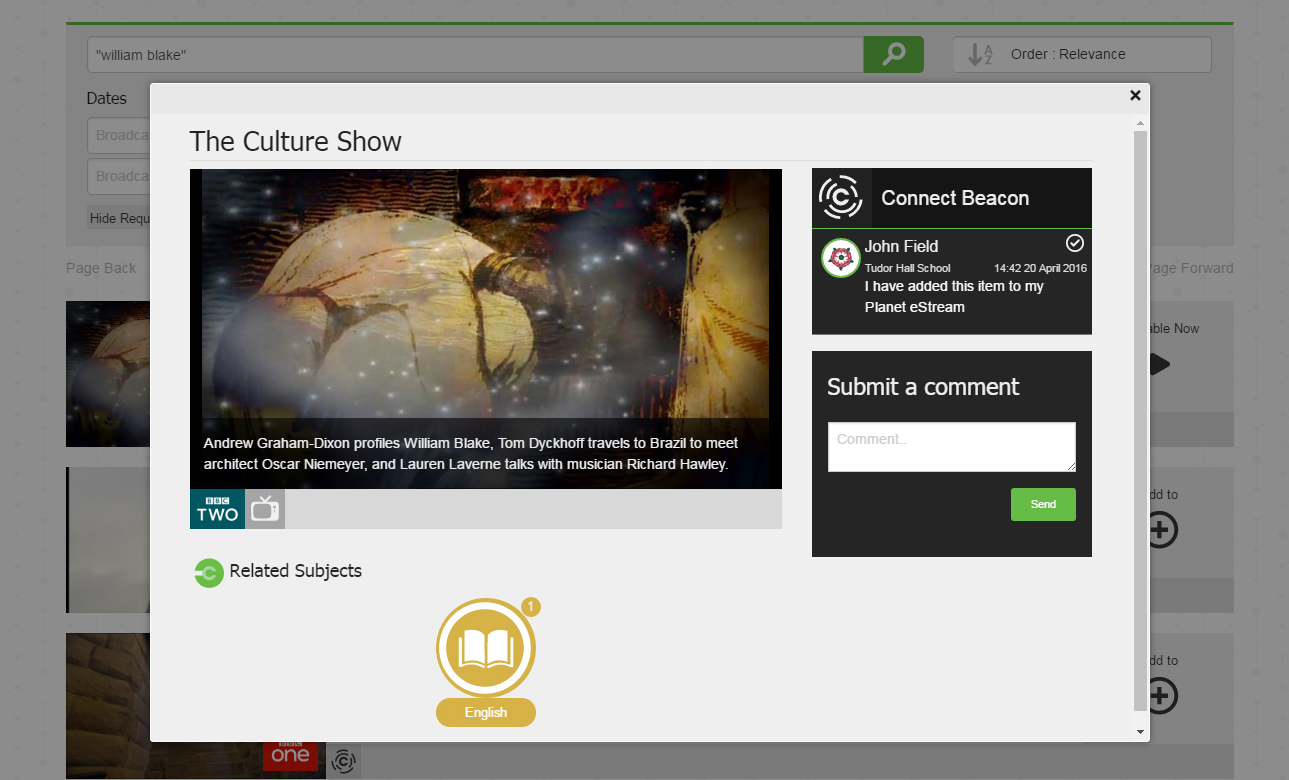 You’d be forgiven for thinking that a 30 minute radio documentary is not the easiest of mediums to navigate around in class. Not so. It’s easy to add time-stamped comments and we’ve been using these to navigate between discussions of particular themes and poems. 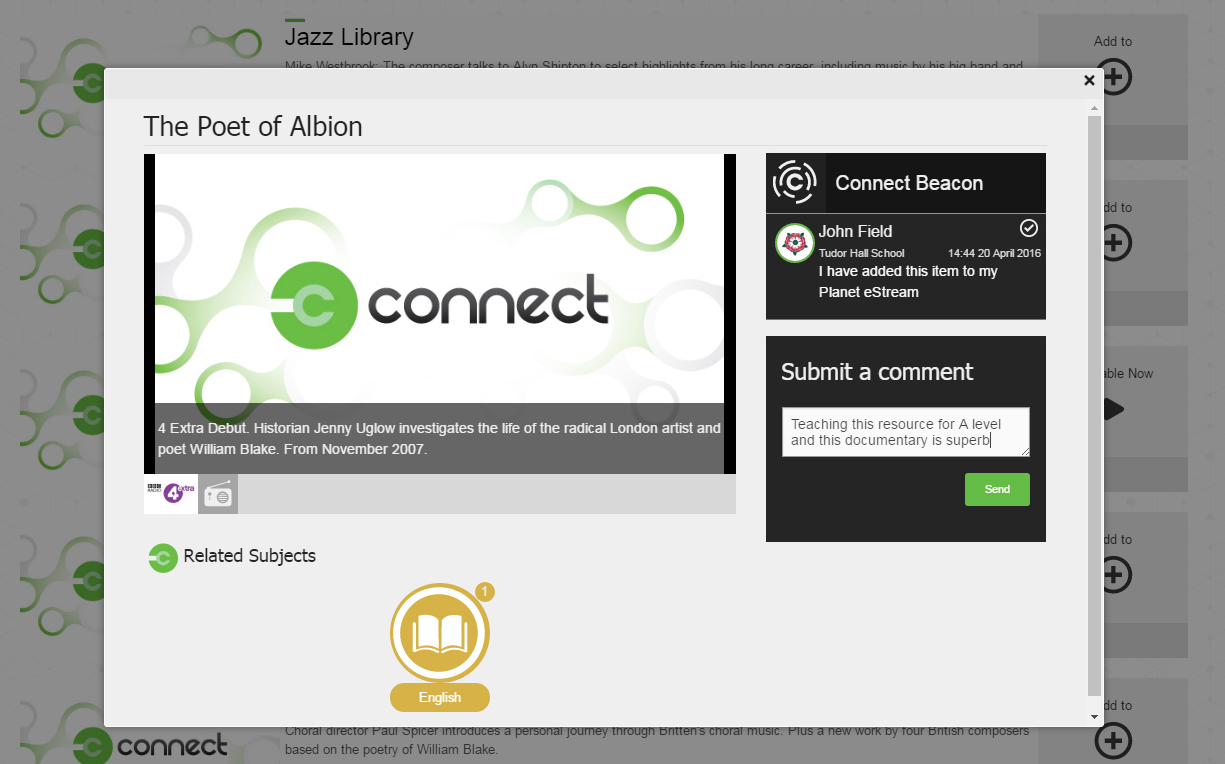 My Year 12s have just started studying the poetry of Christina Rossetti and Marlowe’s edgy play, Edward II. Our course kicked off with Connect: this time with Shirley Henderson’s reading of Rossetti’s poem, ‘Goblin Market’. Henderson is best known to most for her performance as Moaning Myrtle in Harry Potter and the Goblet of Fire. Needless to say, her reading drips with saucy sly mischief. It’s a riveting, sensual pleasure. It can be weird listening to radio, or music in class; it’s a bit like travelling on the tube – no-one’s quite sure where to put their eyes and if a class is going to start giggling and mucking about a bit, this is the time it will happen – but Henderson’s gripping reading was a perfect introduction to the course.

Connect resources are also a great way to start conversations and to extend students. Every Wednesday lunchtime, I discuss literature with some highly motivated Y11s – they have recently read Dracula for themselves and, in our initial discussion of the novel, they focused on plot and personal response. I asked the group to watch the ‘Blood for Sale’ episode of Andrew Graham-Dixon’s 2014 documentary, The Art of Gothic, and, the following week, the quality of the discussion had been transformed. 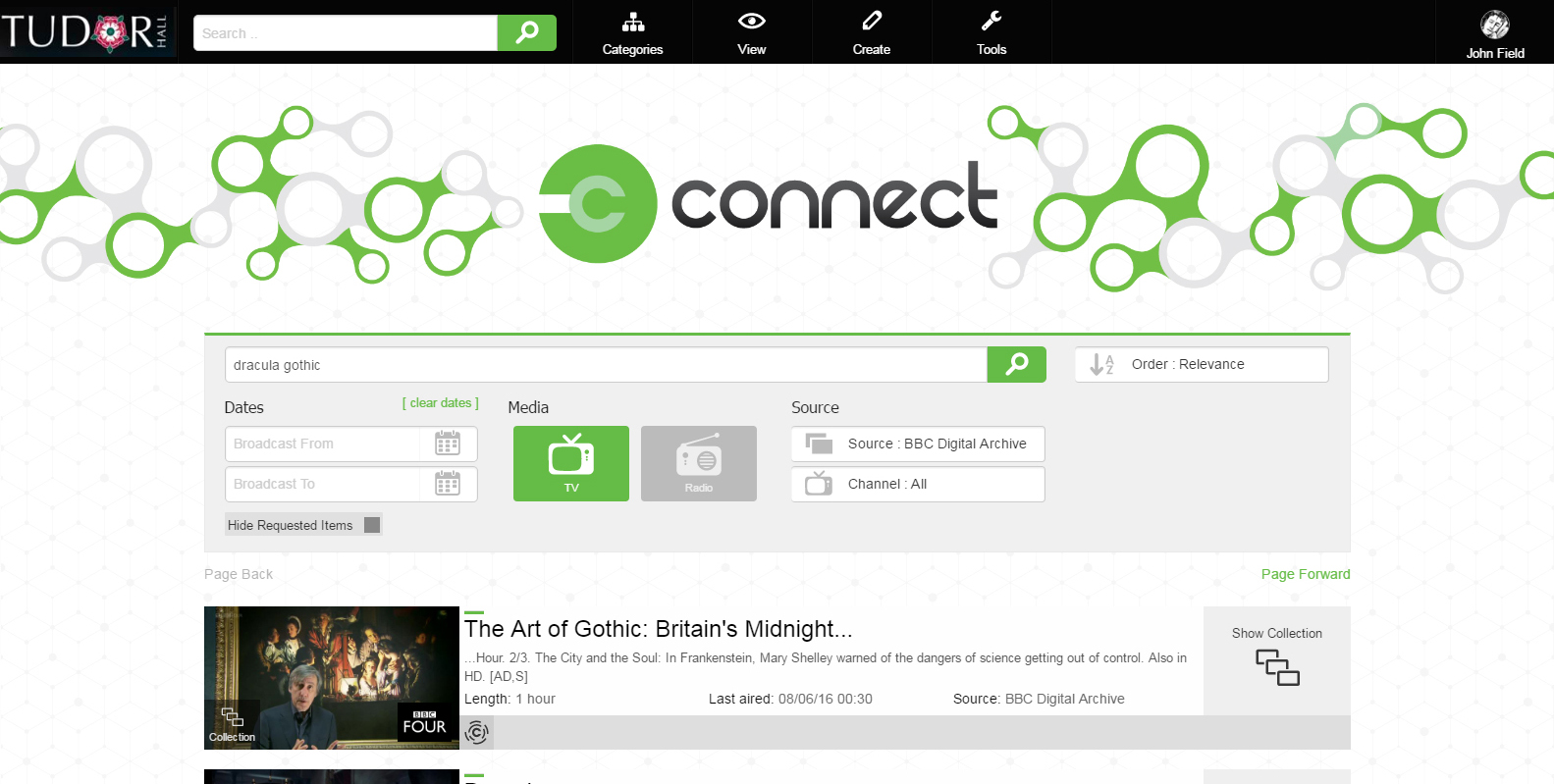 I could go on and on.

The Planet eStream team would like to thank John Field - Director of Digital Learning at Tudor Hall School for sharing his experiences of Planet eStream in the English Department of the school.