Please provide a brief background on your organisation

Coleg Cambria was formed on 1st August 2013 by the merger of Yale College in Wrexham and Deeside College. It covers a wide geographical area in North East Wales. The College is one of the largest in the UK with over 27,000 full and part time students and international links on four continents. The College has recently become the only Welsh member of the prestigious 157 Group.

What is your/your department's role within your organisation?

I am an Assistant in the Learning Centre of Coleg Cambria's Wrexham site (formally Yale College). The College has six sites with permanent LRC's at five of them.

How did you manage your media prior to purchasing Planet eStream and can you provide a brief background on how and when the original concept for the need for a digital media streaming, archiving and off-air recording solution arose?

The LRC has always recorded programmes. This has changed over the years as technology has developed. Originally on VHS, then on DVD (we removed all video tapes last year). We became interested in digitising our recordings some years ago, and purchased our own equipment to do this in 2010. We began to place digitised programmes on our Moodle's LRC Page. We became aware of streaming systems such as eStream the following year and began to look into these. The digitised programmes were very popular, but we were aware of the limitations. There were space restrictions on the College server, time restrictions - digitising recordings took time, and we were limited in how much we could do, and the programmes would not play outside of college or on Mobile devices, which are increasingly in use. We became convinced that the obvious next stage in the development of recordings was to move to a streaming system. After demos and trial periods we had eStream installed in June 2013.

Please can you explain how Planet eStream is used to support both students and staff within your organisation.

Programmes recorded off air are used in Classrooms and are also set as homework by tutors. So far this has been the primary use of the system. It has proven enormously popular. We have over 1,600 as of time of writing (17 October) and are adding to this all the time. It has been used successfully at all six of our sites, on laptops and iPads. We have recently recorded two talks by local politicians, both of which have been made available to students via eStream. The ability for all staff and students across the six sites and the fact that they can view them from home has been a big winner. We plan to roll out other features, including live broadcast over the next few months.

What are the key benefits that you have experienced since implementation?

The ability to view on any browser across all six sites and from home, the ability to view on tablets and other mobile technology. The huge memory size and the ease of recording means that we have been able to massively increase our recorded resources - in the past where we might have recorded one or two programmes a day, and sometimes not have been able to make them available on DVD or in digital form for another few days, now we can have a programme recorded and available almost immediately. Hence the huge number that have been recorded in the fairly brief time we have had it. One class has plans to use eStream by having each student (22) sit at their computer and watch different sporting events - football, rugby, tennis - so that each student can do their work on their individual projects within the same class. I can sum up our experience by this - having demonstrated eStream to a Tutor and his class, he said "The more I see of this, the more I like it".

Can you explain how the adoption of Planet eStream has evolved since roll out?

At the time of writing, due to the merger taking place, we are still in the process of rolling it out. We are concentrating on the recording aspect and will gradually introduce staff to the other features over the coming academic year.

What features of Planet eStream have you found most useful for your applications?

The best feature for me personally has been the fact that we can buffer programmes - I can't tell you how many times a tutor would ask if we'd recorded a programme and we'd missed it. Now we can, almost always, say "Yes, we did!". To give an example of this. A few weeks ago a tutor asked if we'd recorded a programme on four days before. I was able, while she was there, to go into eStream and add it straight away - she was able to watch it in her classroom a couple of hours later. This is just brilliant!

Please explain how our most recently implemented features will assist you. i.e. subtitles, streaming to mobile devices and digital signage functionality. Please also include detail on what further ongoing development you would like to see at some stage.

We have an increasing use of mobile technologies in the College - Chromebooks, laptops and netbooks but also iPads and other tablets. The fact that eStream works on these is a major advantage - classes here have previously used online sites such as TED on iPads within classrooms - now they can also use eStream.

Finally, please comment on your experience overall of both the product and your dealings with Planet PC?

The product has been great - it's worked as it was meant to. The only issues we've had have been with local transmission, which is a known problem here. Even there, Planet eStream were able to help by retuning the Freeview Module to different transmitters. I have been very impressed that the Helpdesk has taken the trouble to check the system, unasked, and contact me to say they have noticed issues that might need looking at. They are also very prompt (sometimes minutes) answering emails from me. To quote my manager - eStream has provided some of the best customer service we have ever had. 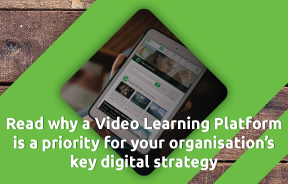 See how Educational Organisations are using Planet eStream by viewing our range of CPD resources including case studies and videos featuring their applications and feedback.

...is a really easy process, see how we can help you.

Come and see us at an event

We regularly demonstrate Planet eStream at micro events and large exhibtions all over the UK and internationally.